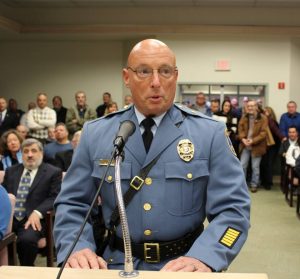 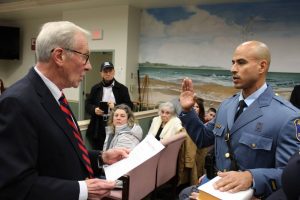 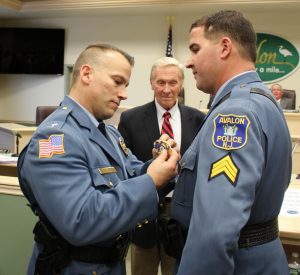 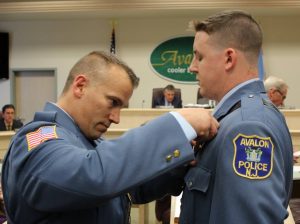 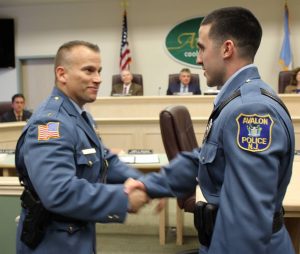 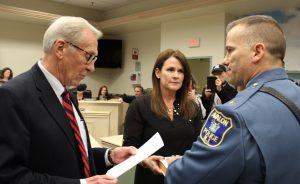 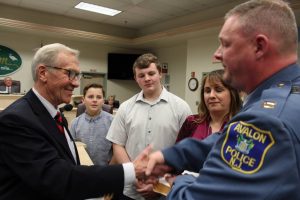 “This is a very proud day for the Avalon Police Department and the entire Borough”, said Mayor Pagliughi. “It’s a time to celebrate the achievements of the Department and our extremely talented individuals who work hard every day to make Avalon a safe and enjoyable community. And, we also welcome two new officers to the ranks of what I consider to be among the best police departments in the entire state of New Jersey”.

McCormick departs Avalon following an exemplary career in law enforcement. He joined the Avalon Police Department in 1986 before rising to the rank of Sergeant in 1998; to the rank of Captain in 2007; and to the rank of Chief in 2011. Chief McCormick was very instrumental in the design and construction of the current Avalon Public Safety Complex, and guided the Department’s initial accreditation process in 2011, and its reaccreditation four years later. He also assumed command of the Avalon Emergency Medical Services in 2014, and was named the Assistant Director of Public Safety under Mayor Pagliughi in 2016.

Chief Christopher was hired as a full-time police officer in Avalon in 2000. He completed the Cape May County Residential Police Academy ranked number one, and earned the Director’s award. Chief Christopher has become a certified drug recognition expert, and served on the Cape May County SWAT team for five years. He resides in Upper Township with his wife Suzanne and his three sons Tommy, Jason, and Danny.