About The Avalon PD 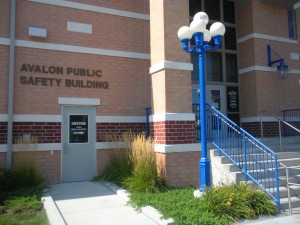 The Borough of Avalon was officially incorporated on April 18, 1892.  Thomas Bray was the first elected mayor.

On April 24, 1957, Mayor Greenan signed Ordinance No. 293: “An ordinance providing for the creation, establishment, maintenance, regulation and control of the police department for the Borough of Avalon, Cape May County, New Jersey”.

Section 1:  There shall be and hereby is established a permanent police department for the Borough of Avalon, Cape May County, New Jersey.

Section 2:  The head of the police department shall be the Director of Public Safety of the Board of Commissioners of the Borough of Avalon.

Section 3:  a)  The Director of Public Safety shall be the Chief Executive Officer of the police force and;

b)  Shall make, administer and enforce rules and regulations for the control, disposition and discipline of the department and of its officers and employees.

Officer Henry Armstrong was appointed as the first Chief of Police.  The current Chief, Chief Jeffrey Christopher, is the eigth Chief of Police for the Avalon Police Department.