This author has not yet filled in any details.
So far g has created 3 blog entries. 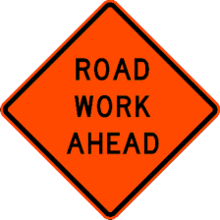 Cape May County Engineer Dale Foster announced that milling and paving operations on Ocean Drive will begin on Monday, February 26th.  Ocean Drive will receive a new road surface from 62nd Street north to 29th Street.  Please plan your travel accordingly and recognize that work will be done in the area.  The work follows the completion of necessary sewer main replacement conducted by the Borough of Avalon, and the installation of some new natural gas service.  Improved drainage will accompany this project which is expected to conclude before summer.

(Avalon, NJ)—Avalon Police Chief William McCormick has announced the arrest of a 32 year old Middle Township man on theft charges relating to an incident at an Avalon home earlier this summer.

Jason Bordo of Burleigh, Middle Township has been charged with Theft 2c:20-3 following an investigation regarding the theft of approximately $17,914 worth of jewelry from an Avalon residence.  Mr. Bordo allegedly stole the jewelry from the home where he was hired by the homeowner to do cleaning services.

The homeowner reported that the jewelry had been removed from the property on or about the dates of July 30th through August 3rd, 2012.  An investigation by Avalon Police Det. Joseph Gaughan resulted in the successful recovery of $17,894 worth of the jewelry.  Mr. Bordo was arrested by Patrolman Matthew Martino of the Middle Township Police Department on August 7th at the Wildwood Park Motel in Burleigh.

Mr. Bordo was transported to the Cape May County Jail where he is being held on $15,000 cash bail.

(Avalon, NJ)—Avalon Police Chief William McCormick has announced the arrest of a Pennsylvania man on charges that he stole a bicycle in the community that belonged to the Avalon Police Department during a bicycle theft sting operation on Monday, August 13th.

On Monday, August 13th at approximately 1:00am, Avalon police placed a bicycle at the corner of 22nd Street and Dune Drive.  Mr. McCormick was seen by police taking the bicycle and riding away from the intersection.  He was apprehended by the Avalon Police Department Bicycle Unit one block away on Ocean Drive.

The Avalon Police Department reminds all residents and visitors that a bicycle theft is a crime of opportunity.  When bicycles are not in use, they should be locked up or placed inside a secure building like a shed or garage.