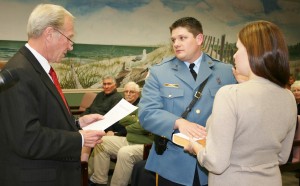 Sgt. Heisman will be assigned to Squad 3 where he will supervise the activities of the field and headquarters personnel.  He will take part in police activities intended to provide order, maintenance, assistance, and protection of persons and property, observance of the law, and the detection and apprehension of law violators.