The Avalon Police Department experienced two major promotions during the Borough Council meeting on Wednesday evening, January 29th.  Jeff Christopher was promoted to the position of Captain, while Sean McNair was promoted to Sergeant. 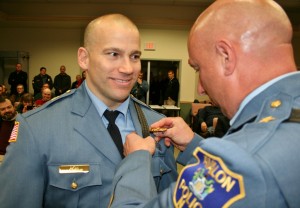 Captain Christopher replaces Captain Dave McCallion who announced his retirement effective May 1st.  Captain Christopher began his career with the Avalon Police Department in 1997 as a Class II officer.  He was hired full time in May, 200.  Captain Christopher was promoted to Sergeant in March, 2011.   He has an associate’s degree in Criminal Justice from Gloucester County Community College and currently resides in Upper Township with his wife Suzanne and three children.

Sergeant McNair began his career with the Avalon Police Department in 2005 as a Class II officer.  He was hired to a full time position in August, 2008.  Sergeant McNair resides in Dennis Township with his wife Bryttany and has one child. 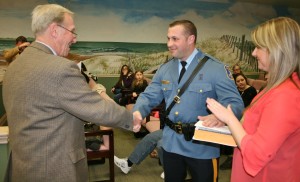