The Avalon Police Department has hired three new full time police officers.  The officers were sworn in to their full time positions by Avalon Mayor Martin Pagliughi during a meeting of the Avalon Borough Council on Wednesday, August 14th, 2013.

“The application process for these three positions was very competitive and Avalon is pleased to add these three men to the ranks of the Avalon Police Department”, said Avalon Mayor Martin Pagliughi.  “We welcome their talents and efforts to compliment one of the finest police departments in the entire State of New Jersey”.

-Mark Glassford, 26, of Belleplain, NJ.  Officer Glassford has served as a Class II officer with the Avalon Police Department since 2008.  He is the brother of Avalon Police Sgt. David Glassford.

-Joseph Duda, 22, of Buena, NJ.  Officer Duda began his career with the Avalon Police Department as a Class I officer in 2010 and has served as a Class II officer since 2011. 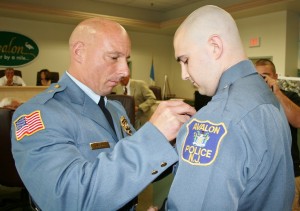 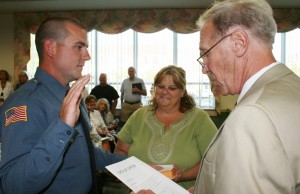 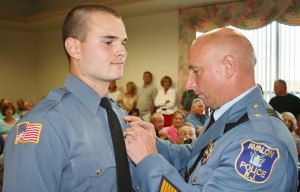